Such Sights To Show You presents: The Brood (1979) 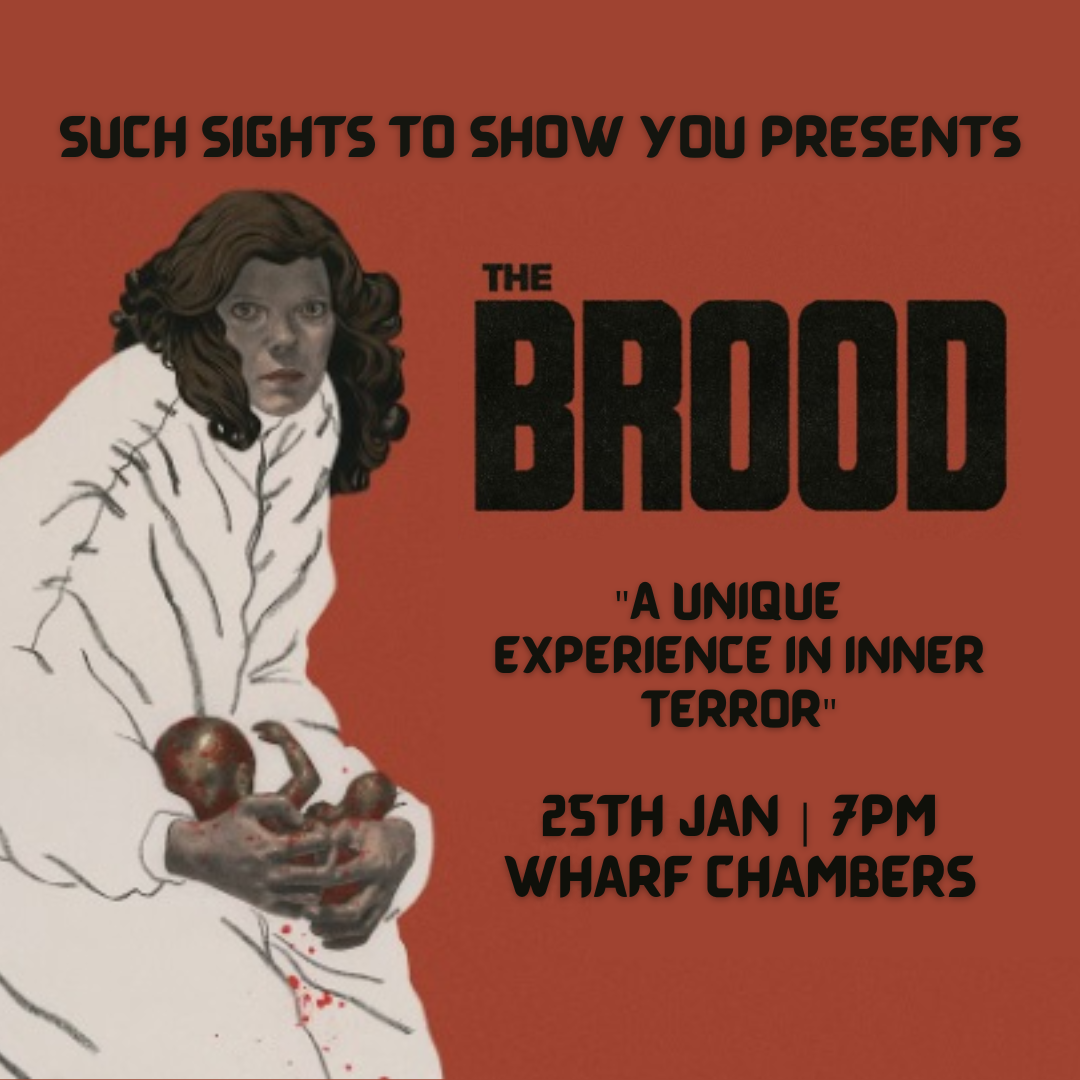 This psychological body-horror classic cemented David Cronenberg’s reputation as one of the most exciting and transgressive Western directors of the 20th century. THE BROOD first grabbed audiences’ attention for its spine-tingling scares and gruesome practical effects, but its themes of mental illness, motherhood and feminine rage have continued to intrigue and generate discussion in the 40 years that followed its release.

THE BROOD is rated 18 for strong bloody violence and mild nudity, and contains references to child abuse, mental institutions, miscarriage and domestic violence.

The latest screening from Such Sights To Show You, a Leeds-based film club dedicated to celebrating the weird, the psychosexual and grotesque in horror cinema.

Such Sights To Show You