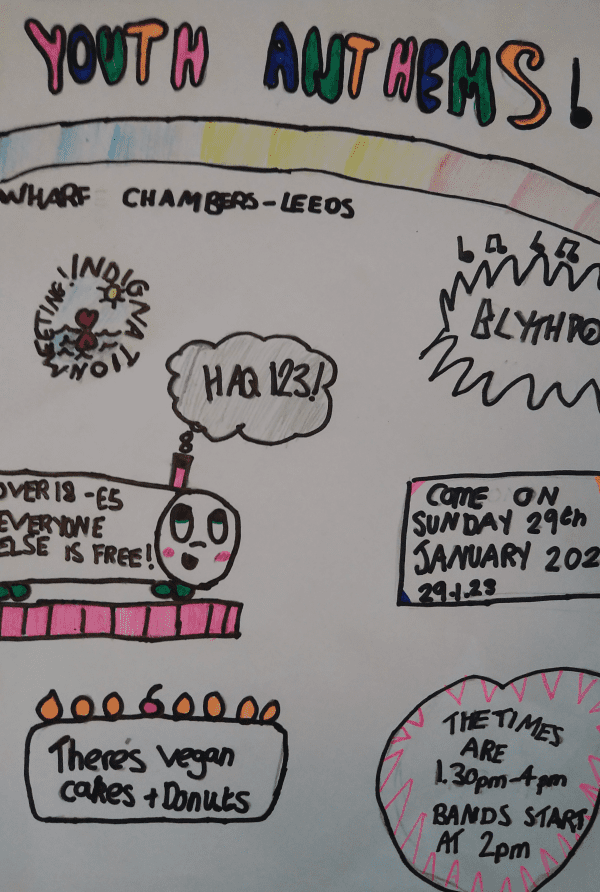 Family friendly matinee gig.  Accessible to all with vegan cakes (from That Old Chestnut).  Free for everyone under 18, £5.50 via TicketSource from others.

Where to begin? Blyth Power have been a band since 1983 and were formed by their drummer/singer Joseph Porter (formerly of Zounds and The Mob).  They also feature Hugo who also happens to be Joseph (and keyboardist/singer Annie)’s Son.  The band have put out 19 albums and feature quite the who’s who of past members (including Jamie Hince from The Kills).  Musically the band are a mix of power-pop, anarcho-punk, folk and 80’s indie reminding me of Billy Bragg, The Housemartins and a touch of Crass.  You are in for such a treat with the band travelling up from Sussex especially for you lovely lot.

Featuring Father/Son bass and drums and with 12 year old Millie on vocals the band just get better with every release and their latest “Six Sick Hits and a Number of Beats” is surely their best yet.  Mixing 80’s metal, doom, electronic music and some 80’s post-punk/goth through a wall of distortion and riffs.  Ear defenders are very much recommended!

This local band one’s you’ll be sure to hear more about soon (if you haven’t already). 80’s influenced punk with lyrics about trains and history from the mind of their 13 year old singing drummer.